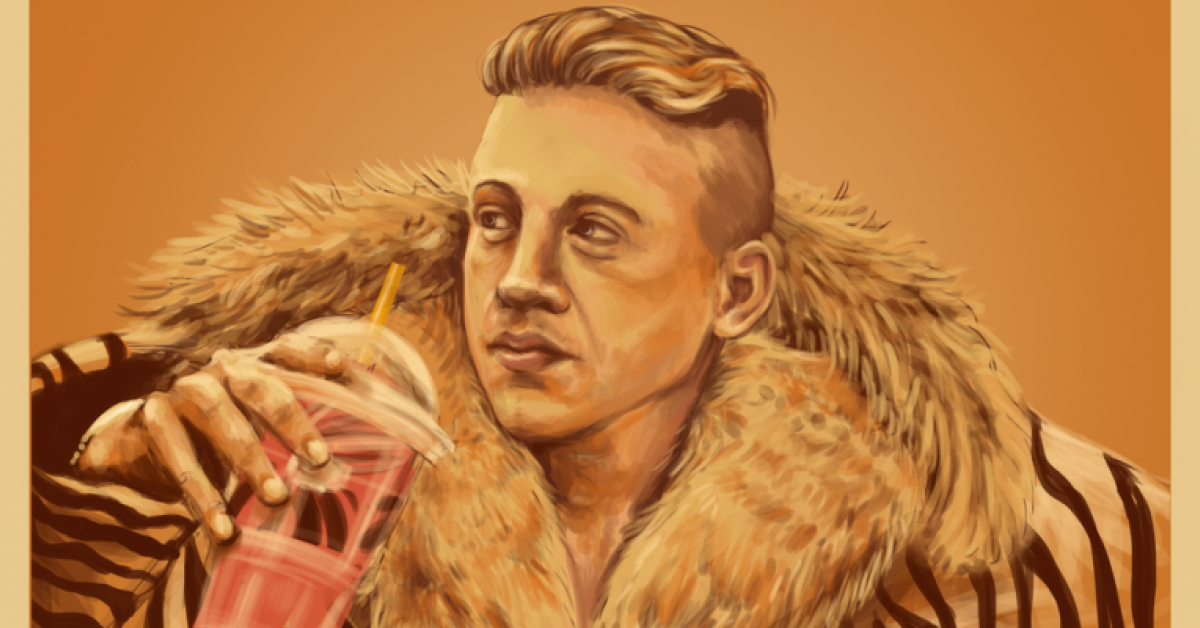 The night of the American Music Awards my social media timelines exploded with hundreds of comments expressing this general sentiment. This anger was only compounded by the fact that he took the ONLY two awards that evening in the Hip Hop category. I could only sit back and watch as social media conversations quickly jumped to music industry conspiracies and the fact that white people are taking over hip hop, a growing undertone spurred by the success of artists like MGK, Ke$ha and Mac Miller. Earlier in the year, Scarface further crystallized this school of thought when he professed that in 25 years the face of hip hop will be white, alluding to the similar fates of Jazz, Blues and Rock & Roll. While his comments inspired a lot of conversations and blogs, I believe many still found it hard to believe that such a thing could even be possible with hip hop (Until the AMAs at least).

So are white boys taking over hip hop? [insert dramatic pause here] Yes, Yes they are. Let's just look at the facts. There are over 309 Million people in the United States. 224 Million of which are white (72%) and 39 Million are black (12%). The AMAs select nominees based on an amalgam [mixture] of different things (Sales, Radio Play, Social Media, Youtube Views, etc). The winners are selected based on a poll of music buyers and the general public. Generally speaking the public is white (72% to be exact) and it's pretty safe to say that percentage is higher for retail music buyers. So while many blasted Macklemore for his AMA wins, those same people failed to acknowledge the awards he received were for FAVORITE Hip Hop Album and Artist, not BEST. And based on the numbers, lets just assume that Macklemore got the white vote in much the same way that Obama got the black vote (Hey he looks like me. I can relate to that).

We can all agree that record labels aren’t finding and cultivating talent anymore. They are merely fulfillment houses that pluck music (that has proven to be a safe investment) from the independent scene and plugs it into their system for generating money. So the idea of a cabal [small group of individuals working together for a larger common goal] dedicating time, energy and resources in an effort to take hip hop away from black people seems a bit far fetched. I will however concede that there is one devoting time, energy and resources into maximizing their own return on investment at ANY cost. So if a white rapper can be more profitable (based on demographics), then tell me where you would expect them to invest THEIR money?

The idea that there is malevolent [evil] presence in the industry that is just seeking to destroy black people and rob them of their music is cartoonish (like a super-villain trying to destroy the WHOLE universe). Everything comes down to money. Slavery wasn’t about a hatred of Africans; it was about money (people working and not getting any). Racism was a bi-product of that slavery (de-humanizing the people enslaved to reconcile the atrocities committed with deeply held religious and social principles). The true enemy of black rappers is black rappers (and I’m not even referring to the beefs and violence).

In general, Black rappers only make music for black people. You disagree? Then you must think it’s fine for white people to use the N word. Ohhh you don’t? Well you’re deceiving yourself if you think you’re making music for everyone while simultaneously telling 72% of them that they can’t sing along. That’s like legalizing the recreational use of marijuana but not the growing, selling or distribution of it (WTF?). Black rappers have marginalized themselves. Hip hop has slowly regressed from rapping about issues to rapping about topics to now just rapping to fill bars between choruses. This is a cultural issue within the black community not the music industry. The “White, Jewish Label Heads” aren’t trolling the hoods of Atlanta listening to demo tapes. They are signing the acts that the hoods have cosigned as safer investments through independent sales and consistent booking. Unfortunately the music today’s black consumers support is disproportionately ratchet to the point of being unable to crossover into broader (whiter) audience.

You can’t simultaneously claim that hip hop is a culture that has united a generation of people from across the spectrum of race, religion, nationality and sex while also maintaining the idea that its torchbearers always be black. If it's acceptable for white people to be fans of the music (purchasing CDs and concert tickets) then it's just as acceptable for them to be artists as well. If you feel any other way you might as well be saying that white rappers are only 3/5 of an Emcee.

This article will be the cover story for our next Issue. Post your thoughts below. The best comments will be selected and featured in the magazine with the article. We look forward to hearing from you.