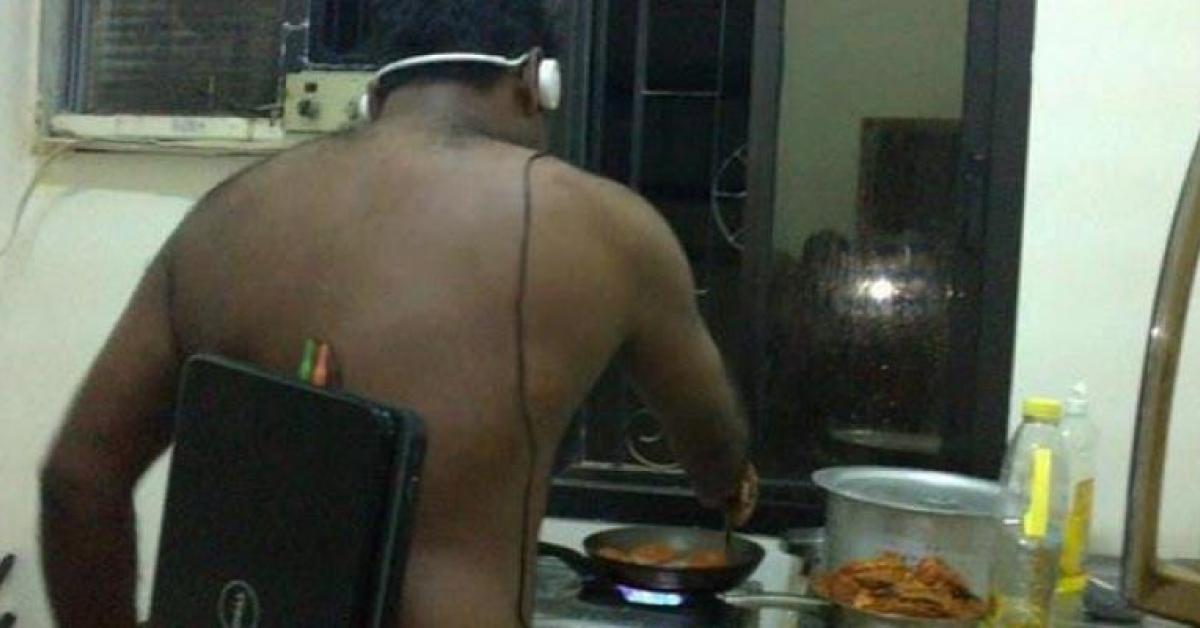 It’s been a while since I wrote a No Chaser blog, and since the last one I’ve had several epiphanies that I need to address. Somewhere up in my top 10 of things I have come to realize is that my “hood” upbringing was a blessing in disguise. I say that because in most cases, if you have lived through a circumstance, you are more likely able to understand how or why it is the way that it is. Thus, there are a number of things that I hate about the “hood” that I know will never change. If it did, it would no longer be considered the “hood”. Keep that in mind as I continue.

The name of this blog is actually misleading, because it would indicate that I think people in the hood don’t use the internet at all. Well we know that isn’t true, because if the hood wasn’t online at all World Star would be out of business. My Facebook News Feed wouldn’t be full of all those completely ratchet posts I see daily, nor would my Twitter and IG timelines be either. The hood is online, but it’s only on the surface. The hood doesn’t REALLY do the full online experience. All the hood does is dabble with the internet at best.

It’s the same way humans only use 10% of their brain. The hood doesn’t even use 10% of the internet for what it could possibly be used for. Since this is a music blog, let me get to the point and be more specific: The hood really doesn’t listen to music online. Before you go looking for the latest YouTube stats and Sound Cloud numbers to argue with me, remember I said that the HOOD doesn’t listen, not black people or urban music fans. This is the single most important point of this blog. The hood is made up of poor and far less technologically savvy people. Unless you are an artist or involved in the industry somehow, the odds of you really being from and residing in the hood, and actually using things like Pandora, Sound Cloud or Spotify are almost zero.

This is something that I had to come to terms with as a program director of an online radio station. Although I had plenty of signs that this was true when just two years ago I dropped an album as an artist and concentrated heavily on digital distribution for the project. I kicked out money for an app, only to realize many of my fans from the hood didn’t even have smart phones. I would post links to my FREE app on Facebook, and all my homies from back home in the hood would say, “I don’t know how to do that on my phone, you got some CD’s here?”.  I should have realized it then, but since I’m from the hood, and I was tech savvy I gave my people the benefit of the doubt. That was a mistake that I came to grips with once I started an online radio broadcast.

You see this is all tied in to why Rap music as a genre is struggling to make money from music sales as well. The hood is online enough to know an artist like say, Yo Gotti  dropped an album.  They see the ads and tweets and post and all that because that because the 10% of the net they use is a powerful advertising source. Of course we know when you make hood music, your music is catered to and your “fans” (I use the term loosely) will be made up of mostly people who won’t BUY your music. But even if they had inkling to do so, if you are pushing the SALE of your music via online content providers like iTunes, the odds that those very people even know how to use iTunes is slim.  If you are trying to break your music to the hood anywhere other than FM radio or the club, you are wasting your time and money. The hood will never hear it until it reaches one of those two mediums.

Which brings me to this inevitable point: the hood is the last place you want to market to if you don’t have a budget. It’s that simple. Why in the hell would you want to make hood music that caters to hood people only, when the only way to reach those same hood people are the two most expensive forms of media to break music in. It’s completely mind numbing when you think about it. Artist love to claim and rep the hood and make hood music, but they are most often broke. Their target audience wants artists to impress them like stars before they are stars. The digital mediums like internet radio, which are rapidly growing every day, are useless in grabbing the hood audience. Hell even if you drop something on Live Mixtapes, most of the hood will not have the ability to hear it. Again, we must separate the hood from plain old urban music fans. Those people live in the suburbs and they do have smart phones and they do stream music, but they really DON’T live in the damn HOOD.

Before I end there are some key things that you really need to consider about the hood, and you have to really keep it real when doing so. At the end of the day, the hood doesn’t owe you support and frankly more people in the hood will envy any success you gain in the music industry. It’s the nature of the place you see. Now, mobile broadband service is alive in some hoods in major cities like Atlanta with mobile service providers like Metro PCS having access to 4G for the low. But you still have to contend with the fact that on even if they have access to the internet by phone, they won’t use most of the digital streaming services available. Far less will have home computers with internet service that will actually be able to go and check out that dope website you hopefully had the sense to create for your fans. Chances are they will be on the Marta train just watching fight videos on World Star, the latest stupid ass Vine craze or new idiot YouTube sensation.

So basically for the Indie music artists trying to get to the top, for you the hood really is not online, at least not where you need them to be. The hood is not going to bring you numbers on your website. The hood is not comprised of the people downloading your project off of Live or DatPiff either.  The hood isn’t going to hear all those spins you’re getting on that internet radio station showing you love. But the hood will be at the club. They will listen to FM radio because it’s free and it came with the car. Those people you seek really don’t live in the hood; they act like it and may have a hood mentality. But in the real hood, the struggle is alive and well, and while they may see that Facebook post, that tweet or the pic on IG, really they aint about to click that damn link.