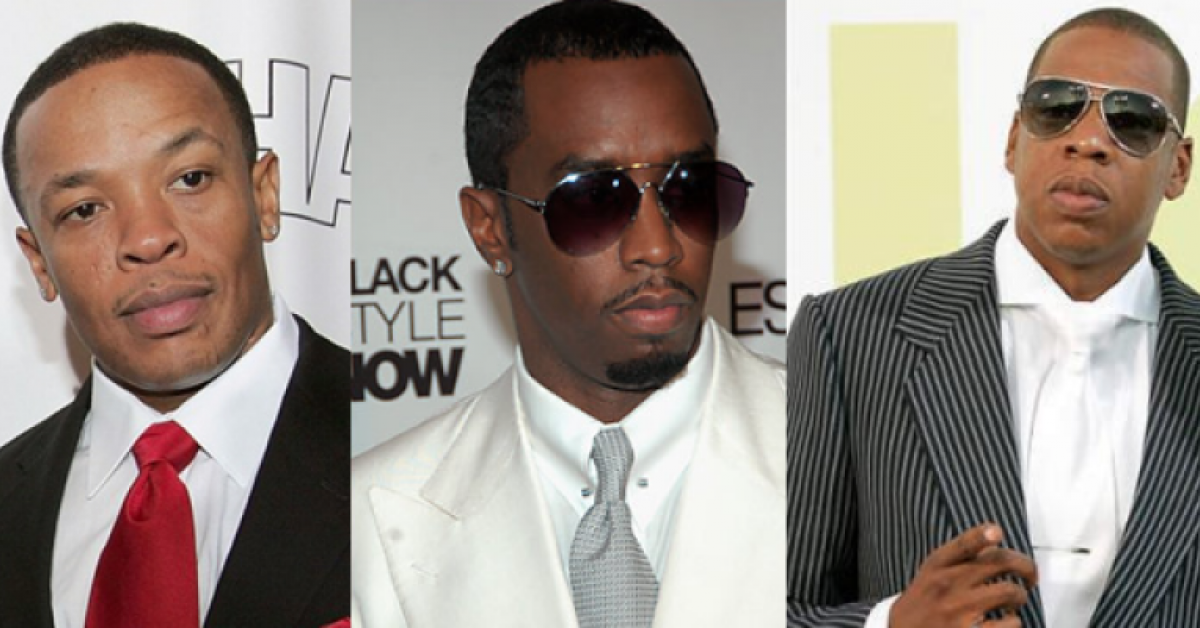 When it was announced that Apple was acquiring Beats for $3 Billion, the hip hop blogosphere exploded with talks of Dre being hip hop’s first billionaire. Being the nerd that I am and having followed the acquisitions of tech companies like Instagram and Whatsapp, I understood that there were finer financial intricacies at play than cutting a check for 25% (Dre’s stake in Beats) of $3.2 Billion (The initial Beats sale price to Apple). After the dust settled and the acquisition was complete, Dre’s  post-Apple net worth was estimated to be in the neighborhood of $780 Million; leapfrogging him over Hov and Diddy, but still putting him more than $200 Million shy of the billion dollar mark.

As inspiration often strikes me, it was a heated debate between two grown @$$ men in the barbershop arguing about another man’s pockets that prompted me to tackle the idea of why Hip Hop has no billionaires. Before I dive into this topic though, I would like to start by clarifying that the phrase “Hip Hop’s first billionaire" doesn’t imply someone that has made a billion dollars from hip hop but instead someone who found success in hip hop and graduated to greater business endeavours. With no further delay, let's get to the list.

7. Hip Hop is a hustle - In hip hop we promote a culture of hustling instead of business building. We prefer to juug and focus on the quick lick than build lasting success. You can ultimately hustle up a million dollars, but hitting that billion dollar mark takes a little more than finessing. It requires solid business foundations.

6. Hip Hop devalues its most important asset - The true wealth of the music industry has always been in intellectual property; not record sales, tours, etc. It’s the legal monopoly over your masters and brand. Hip hop has devalued the worth of its masters with the constant release of mixtapes and free music. We have moved to a paradigm of “Let me get hot so I can get this show money.” Publishing and the administration of your IP (intellectual property) will bring you in money long after the shows stop. As technology evolves, so do licensing opportunities.

5. Rappers have poor brand value - Another part of intellectual property I mentioned in the last paragraph is Brand. There are few strong brands being built in hip hop. Today’s rappers derive their value from external sources, be it luxury cars, liquors or clothing lines. They freely promote other people’s businesses to build brand value by association. That’s part of the reason you can go into walmart and buy a Van Halen or AC/DC t-shirt and not find a single one for a hip hop group.

4. Lack of Diversification in Investing - We don’t invest outside of Barbecue and Barbershops. OK...not literally, but there are a set of investments that rappers deem “safe”. Rappers start labels, studios, restaurants, nightclubs, real estate and businesses that they’ve seen other rappers succeed with. Hip hop doesn’t invest its money into new sectors such as technology or commodities. All of the hip hop cash kings have seen substantial boosts in their net worth from areas not considered traditional investments for hip hop (Rocawear, Beats by Dre, Ciroc, etc).

2. We’d Rather Look Good Losing Than Look Bad Winning! - Hip hop has developed a culture of excess spawned from poverty. Juvenile said it best on 400 Degreez… “Actin’ like a n---- that aint neva had s---.” Most rappers never achieve success in the music industry because they’d rather spend their budgets looking successful than being successful. The ones that do hit upon success, squander the opportunity to build generational wealth because they spend money flexin’ and keeping up appearances, often returning back to “poverty”.

1. Racism - Ummmm… Up until recently, Hip Hop has been a predominantly black dominated genre of music. Take into account that of the nearly 1200 billionaires on the planet, only 9 are black, and outside of Oprah Winfrey, none are American or have built their fortunes on entertainment. One does not merely build a billion dollar net worth through hard work. Wealth at this level is the result of opportunity and strategic partnerships. But what happens when those opportunities and partnerships are denied or not offered to you because of your ethnicity or cultural background? Well… You spaz out on your friend Sway. Consider for a second that it was in fact destined for Kanye to transition into fashion becoming the next Ralph Lauren and hip-hop’s first billionaire, but the possibility was snuffed out by an industry that doesn’t respect blacks or hip hop culture. Nike will gladly let Ye design a shoe and use his brand to sell it for exorbitant prices, but it doesn’t deem him valuable enough to let him sit at the table and get a royalty on those sales.

Of all the reasons I’ve outlined above, the only one we can’t do anything about is racism. The other six speak solely to the values of hip hop culture. I hope to not just see hip hop’s first billionaire some day but to see the first of many. I hope to see more hustlers evolve into businessmen and place a greater value on finances than flossing. I hope to see more entrepreneurs in the urban market broaden their horizons to investment opportunities beyond hip hop and urban culture, or at least capitalize on opportunities that cater to our culture in new ways. Consider for a second that RapGenius.com (a website whose sole purpose was explaining the lyrics of rap music) just raised $40 Million in investment capital, giving it a rumored valuation around $400 Million, but I haven’t heard of a single rapper that's invested into the company. Another great example is IDLM, the company behind Datpiff.com. I know plenty of artists that spend thousands of dollars posting and promoting mixtapes on their website, but not a single one that owns stock in this publicly traded company. So while there is much conversation about whether Dre, Hov or Diddy will be Hip Hop’s first Billionaire, let's continue to lay a foundation so that whomever it is, is not also the last.

[** Correction Nasir "Nas"" Jones, became an investor in RapGenius.com about 9 months ago through his Venture firm. S/O to @FABNewYork for the putting me on track. **]

As always, this article is just food for thought. Share YOUR comments and opinions below. The best comments will be highlighted in the next issue the magazine. Here are a couple of questions to get your thoughts flowing:

If you enjoyed this article...

Check out "THE HEIST: How White Boys Stole Rap!"